Are You Considering
Abortion In the Bay Area?

At RealOptions she felt the love! Top


At RealOptions she's no stranger. Top


At RealOptions is special and unique. Top


RealOptions knows it's about you. Top


RealOptions can help you. Top


A Few Questions and Answers

Need A Checkup For Syphilis? Top

RealOptions understands that women experiencing an unintended pregnancy can feel nervous and anxious for medical services and information. Top

Marching In Downtown Oakland In 2018

7th StandUp4Life Walk In Oakland In 2014

1st StandUp4Life Walk In Oakland In 2008

Here's Joycelen at our 1st StandUp4Life Walk singing from for life!

Oakland City Hall 2008: This is the Civil Rights Movement!

Lori Hoye at the 2006 Walk for Life West Coast

We're Already Working On Next Year!

Gospel Singer, Joycelyn Diane Golden, has walked with us since our very first event in 2008. This time, Joycelyn will not only open up our StandUp4Life Rally|Walk in song, she will also then share her own deeply personal and powerful abortion testimony. God has used and continues to use Joycelyn's testimony to share with others the power of God’s healing, forgiveness and provision. Joycelyn, please know that we love you and are grateful to God for you. Top

Pastor Walter Moss is author of the book: "Why I am a Black Pro-Life Pastor. Quote: "I am not ashamed to say I am a Black Pro-Life Pastor and that the African-American church is guilty of not taking the lead on issues like abortion. As Pastors, we need to be able to come together and have a civil conversation about how abortion is affecting us and we need to be equipped with the information to help our people deal with it." Get'em Walt. Top 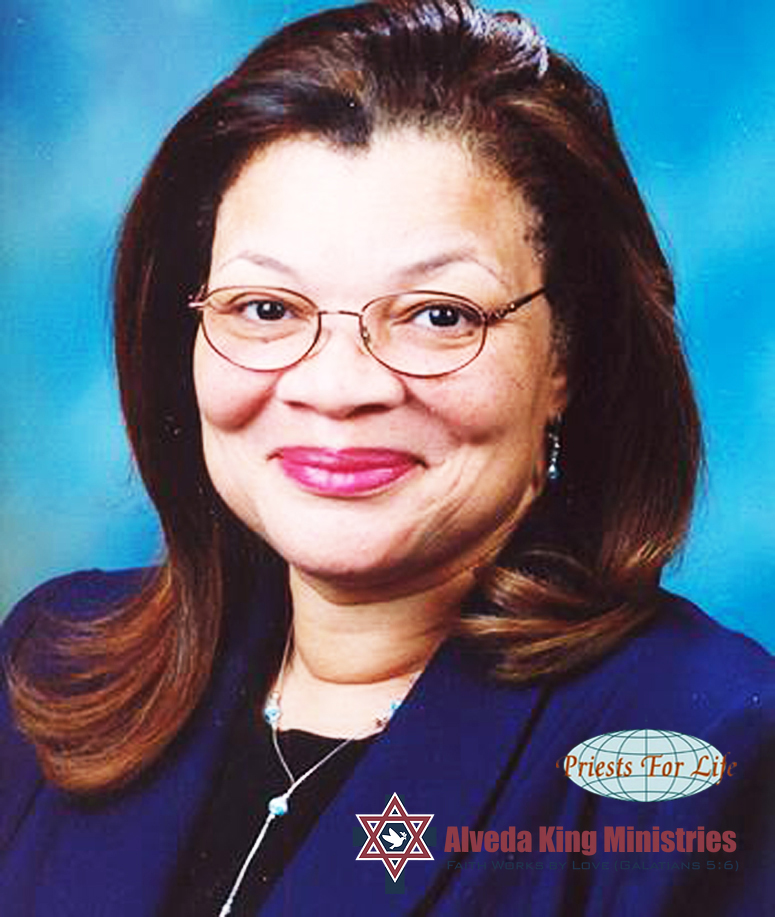 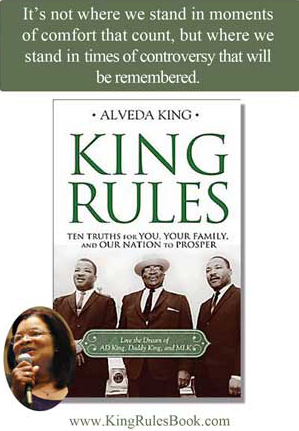 Dr. Alveda King is the daughter of the late slain Civil Rights activist Rev. A. D. King and his wife Naomi Barber King. Alveda grew up in the Civil Rights movement led by her uncle, Dr. Martin Luther King, Jr. Her family home in Birmingham, Alabama, was bombed, as was her father's church office in Louisville, Kentucky. Alveda was jailed during the Open Housing movement. Today Alveda serves as Director of African American Outreach for Priests for Life. She is a voice for the Silent No More Awareness Campaign, sharing her testimony of two (2) abortions, God's forgiveness, and healing. As the author of King Rules, Alveda sees the Pro-Life movement as a continuation of the Civil Rights struggle. During the more than a half century of her life, Alveda has worked towards her purpose of glorifying God in the earth by accomplishing many goals. As the grateful mother of six (6) children and a doting grandmother, Alveda says "Faith In God, and the commitment to fulfill His will for our lives (not faith in government bureaucracy) is the key to positive action. So have Faith In God!" This is the message that Alveda carries into the world. To learn more click here to download a printer-friendly version of her bio. Top 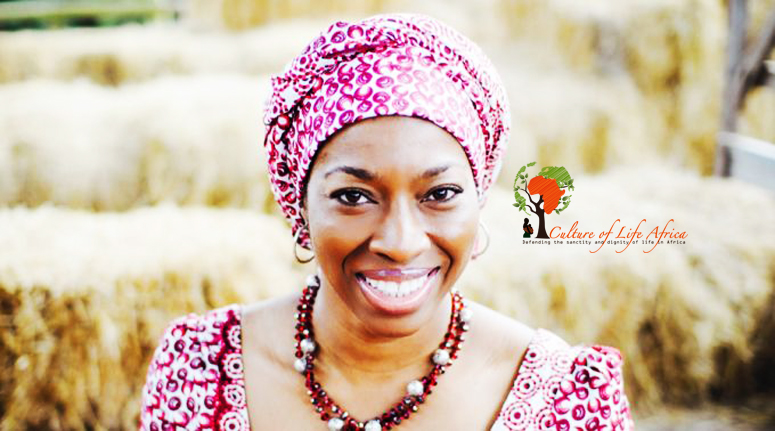 Obianuju Ekeocha is a committed cradle Catholic born and raised in Nigeria. She is currently living and working as a Specialist Biomedical Scientist in the UK. She is a Gospel of Life missionary, the CEO, Culture of Life Africa, an organization aimed at preserving, promoting and presenting the Culture of Life in Africa and beyond. Top

Karen I.S. Shablin is a former health care policy executive for Strategies for Health Care Excellence, LLC., a heart warming author and a Pro-Life Feminist speaker. She believes that being Conservative and U.S. Constitutionally—based, is absolutely consistent with the biblical values of the Black community. Karen is also an accomplished author. Her book "Loving Your Layoff" has ministered to many and can be purchased on Amazon by clicking here. Top 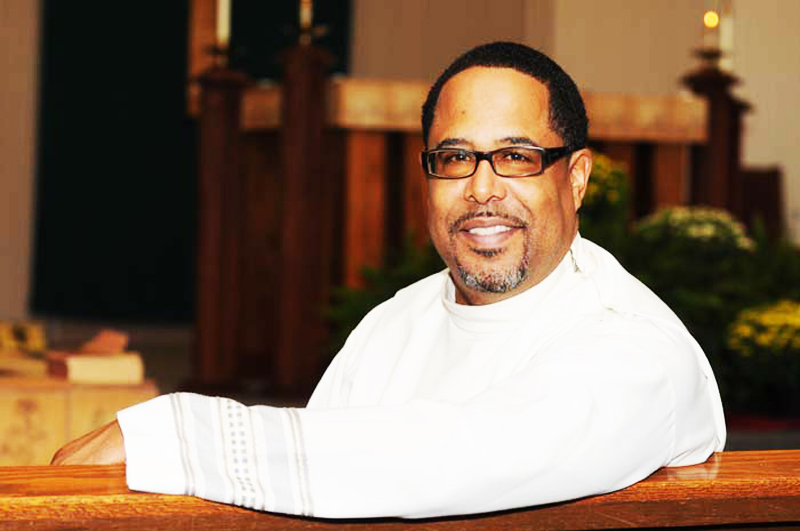 Catholic Evangelist Richard Lane is the only full time Black American Lay Catholic Ministries in the United States of America. In FULL TIME ministry, Richard is truly on the rise as one of the most dynamic and Charismatic Catholic Speakers and Revivalists around, conducting Parish Missions and Revivals across the Nation "Preaching, Teaching and Sharing the Word of God" in the TRUEST spirit of ecumenism. Click here to learn more about Richard Lane Ministries. Top 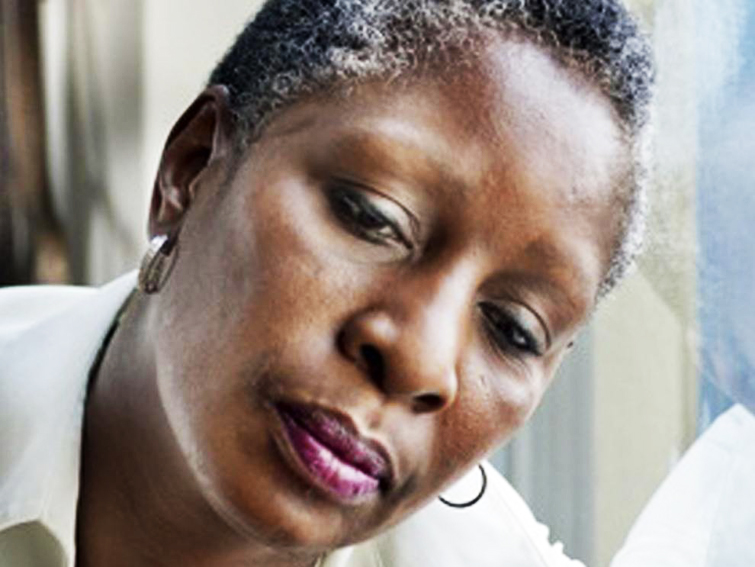 Elaine Riddick leads the Rebecca Project for Justice, a transformational organization that advocates protecting life, dignity and freedom for people in Africa and the United States. The Rebecca Project believe that vulnerable women, girls and their families possess the right to live free of environmental, medical, physical and sexual violence. Top

Antoine Lamar Miller, Mths, Rev. Antoine Lamar Miller was born to Kathleen Miller and Jeffery Gray on November 4, 1968 in San Leandro, California. He accepted Christ as Lord and Savior and was baptized in 1980 at the age of twelve (12) uniting with the Allen Temple Baptist Church under the Pastorate of Dr. J. Alfred Smith and later joined The Greater Emmanuel Baptist Church under the spiritual guidance of Rev. George Epps. Today, Pastor Antoine Lamar Miller leads the Rehoboth Christian Fellowship Church, changing generations through the Word of God, Equipping and Empowering Families and Individuals to Live the God Kind of Life Luke 4:18-19. Rehoboth is a ministry which has been mandated by the Master to meet and minister to the needs of the masses with a meaningful message. Pastor Miller is married to Rebecca E. Miller and they are the proud parents of three children. Daughter, Autumn Breann, and sons, Christian Maurice and Lamar Antoine Miller. Top

Dr. Pat Castle is the President, CEO and Founder of the largest Pro-Life team in the world with over 10,000 members ages one (1) to one-hundred and one (101) in fifty (50) states and thirty-five (35) nations. Pat is an inspiring and unifying force for Pro-Life through faith, activism, courts, education. Pat earned a Ph.D. in nano-analytical chemistry from the U of IL at Urbana. He did ten (10) military assignments, including the Weapons of Mass Destruction defense officer at the base closest to Osama bin Laden on September 11th. He then briefed Generals and members of Congress. While an Air Force Academy chemistry professor, Pat developed the ethics curriculum and coached the marathon team. Top

Shawn Carney is the President of the 40 Days For Life team. As one of the most sought-after pro-life speakers, Shawn is a regular media spokesperson and his work has been featured on hundreds of outlets including Fox News’ The O’Reilly Factor, The Laura Ingraham Show, The Drudge Report, The Guardian, USA Today, and Christian media including The Christian Post, National Catholic Register, Sirius XM Catholic Radio, EWTN Radio, and Focus on the Family. Shawn lives in Texas with his wife and six children. Top

Matt Britton is a former elected prosecutor and corporate attorney for publicly-traded tech companies, who now serves as a 40 Days for Life Board Member. Top

Father Frank Pavone is one of the most prominent pro-life leaders in the world. Originally from New York, he was ordained in 1988 by Cardinal John O’Connor, and since 1993 has served full-time in pro-life leadership with his bishop’s permission. He is the National Director of Priests for Life, the largest pro-life ministry in the Catholic Church. He is also the President of the National Pro-life Religious Council, and the National Pastoral Director of the Silent No More Awareness Campaign and of Rachel’s Vineyard, the world’s largest ministry of healing after abortion. Top

Rochelle Petersen is the author of the book "Does God Really Care About Politics: God And Government", which is a very clear and concise treatise for anyone wanting to empower themselves with a greater understanding of politics and how it relates to the Kingdom of God. She is also an executive member of the Frederick Douglass Foundation of California and a member of the Faith Fellowship Church in San Leandro, California. Rochelle was born in Pittsburgh, the second largest city in the Commonwealth of Pennsylvania, is one of twelve (12) children, grew up in a faith based family and is married to Joel Petersen. Top